This is how Ben swapped his financial career for a life chasing winter. (5 min read) 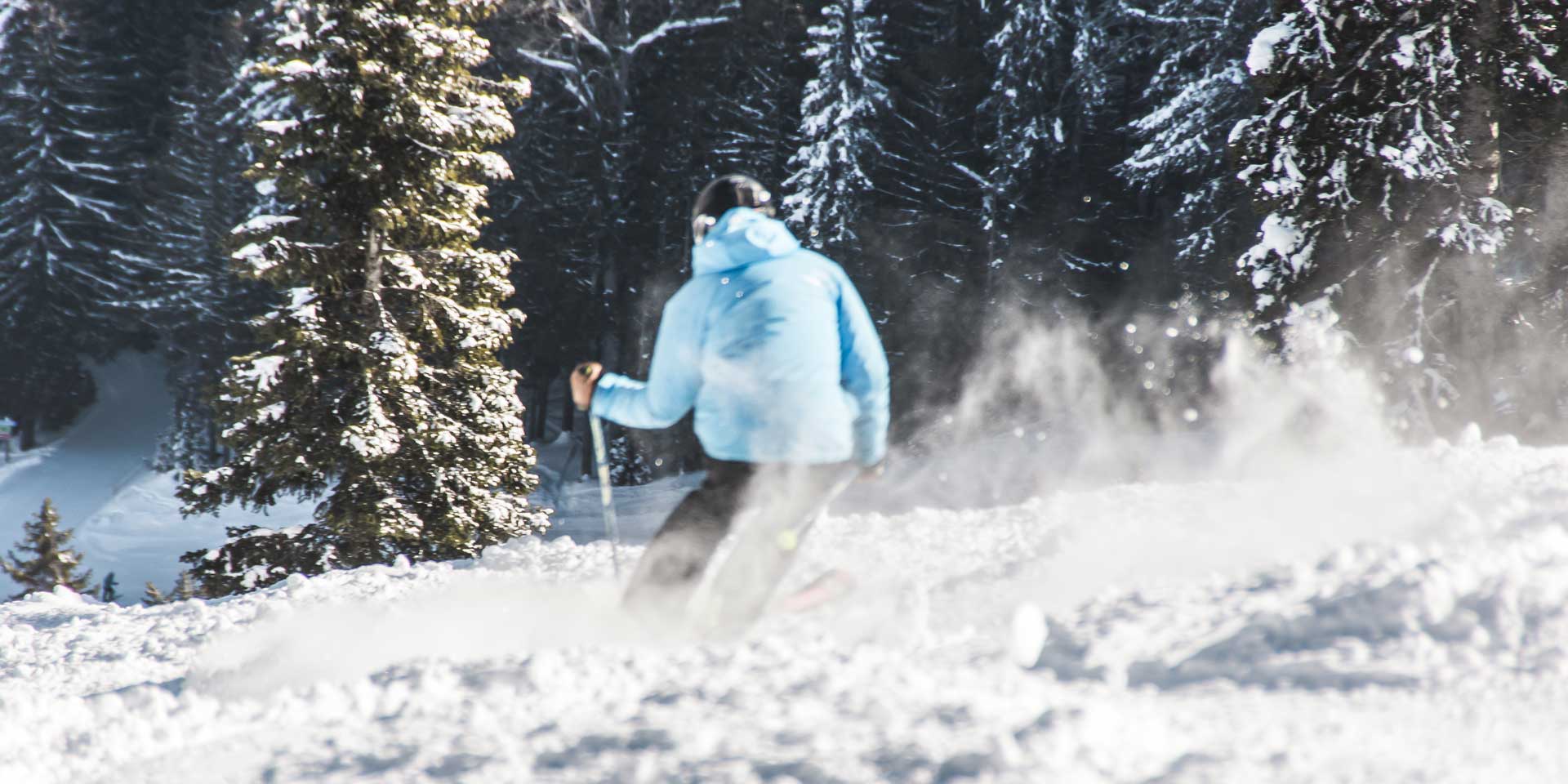 To break from his bank job, Ben joined our 11 week ski instructor course and created a new life as an international ski instructor and race coach year round.

Having taught all over the world, including Australia, Japan and Austria, he’s a bit of a ski legend. Here’s how he did it in five steps.

Before my Iife in the mountains, I was an investment banker with limited ski experience. I was fed up with my job so I took a career break and did a ski season in Tignes, France as a ski bum. During that winter, I realised that the best skiers on the mountain were instructors. I wanted to be the best, so I saved up and booked Nonstop’s 11 week instructor course.

Arriving in Canada for the first time, I remember waking up on my first morning to see bald eagles flying in the sky above. I was amazed, and realised just how different this would be to anything I’d experienced before.

We skied hard, partied hard, and I felt like this was where I belonged – I knew that I’d made the best decision of my life.

Our coaches and examiners were amazing. They went that extra mile and truly inspired me. It was hard work but always fun, and I learned so much that I still use today as an instructor. We skied hard, partied hard, and I felt like this was where I belonged – I knew that I’d made the best decision of my life. 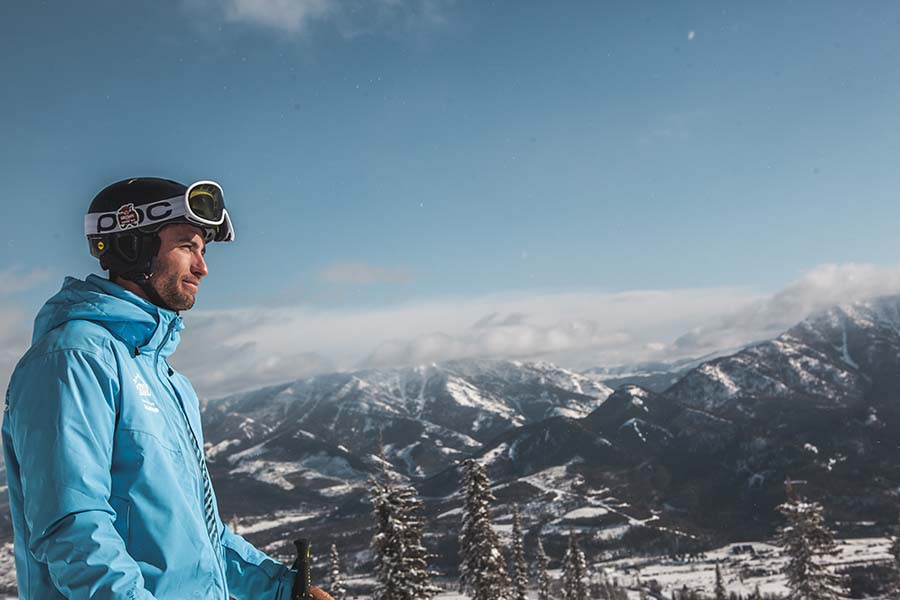 Step 2: A rookie job in Australia

Thanks to the contacts I made on my Nonstop course, I was accepted onto the Hiring Clinic at Falls Creek ski resort in Australia. After the week-long intensive clinic, I was told that I’d aced it – thanks entirely to my Nonstop training – and I was given full-time employment for the season.

Falls Creek is one of the best teaching mountains anywhere in the world. The terrain could not be better for progressing your guests and, consequently, you see huge improvements in a very short space of time; this also helps you look like the best instructor ever and keeps the guests happy.

Step 3: Setting up a ski school in Japan

During that first season in Australia, I was invited to help set up a new ski school Japan by my supervisor. It was a real honour, and I couldn’t believe it was happening to me.

Establishing a new ski school in Japan, or anywhere for that matter, is a rare opportunity, but working here isn’t. The powder in Japan more than lived up to the hype. It’s such a cool place to spend a season, and a great venue for instructors to hone their skills.

My advice is to head to the Niseko on the north island for a slightly westernised version of Japanese culture, or try Myoko on the main island for a more traditional cultural experience.

After Japan, doing back-to-back seasons had become my new reality. It became easier and easier to secure jobs, including a return to Falls Creek without having to do the dreaded hiring clinic. 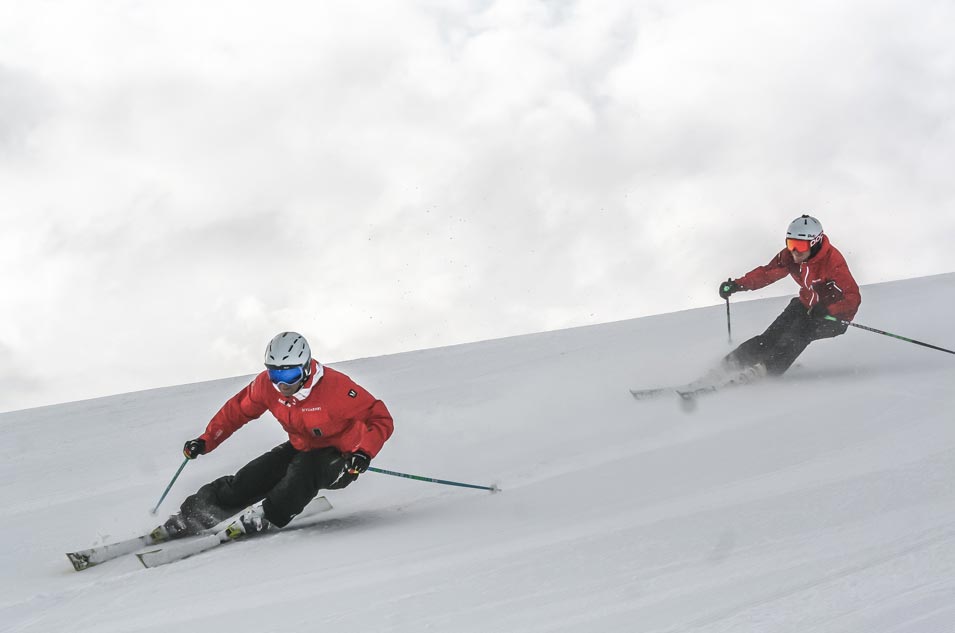 Step 4: Building up experience and specialisms

The more experienced you are, the more you get paid and the more fun you have too. A great way to develop and grow is through the training provided by ski schools. I’ve never experienced such focus on professional development in any other job.

Passing the exam for my full certification was a special memory for me and opened many doors. After a very short 3 and half years since starting out as an instructor, I was fully certified as a level 4.

After a very short 3 and half years since starting out as an instructor, I was fully certified as a level 4.

As you become more qualified you tend to work more with private guests and better skiers. At this level your schedule tends to be a little more tailored to your guests’ needs, often starting early with short lunch breaks, so you get to do lots of skiing. Some days it doesn’t even feel like work, as you’d do exactly the same thing if you had a day off.

Race coaching is one area I particularly enjoy. Racing takes place on firm snow and you need to be on the hill before it’s light outside – which means some truly amazing sunrises. You have to be fully kitted up, with gates, timing devices, radios and snowmobiles. The afternoon might involve indoor video analysis, gym time with the athletes or ski tuning.

Working with handicapped skiers is one of the most fulfilling aspects of my career. An experience unlike any other, the impact you can have on their lives and families is impossible to describe. It can be infinitely tough and challenging at times but it’s by far the most rewarding work I’ve ever done. 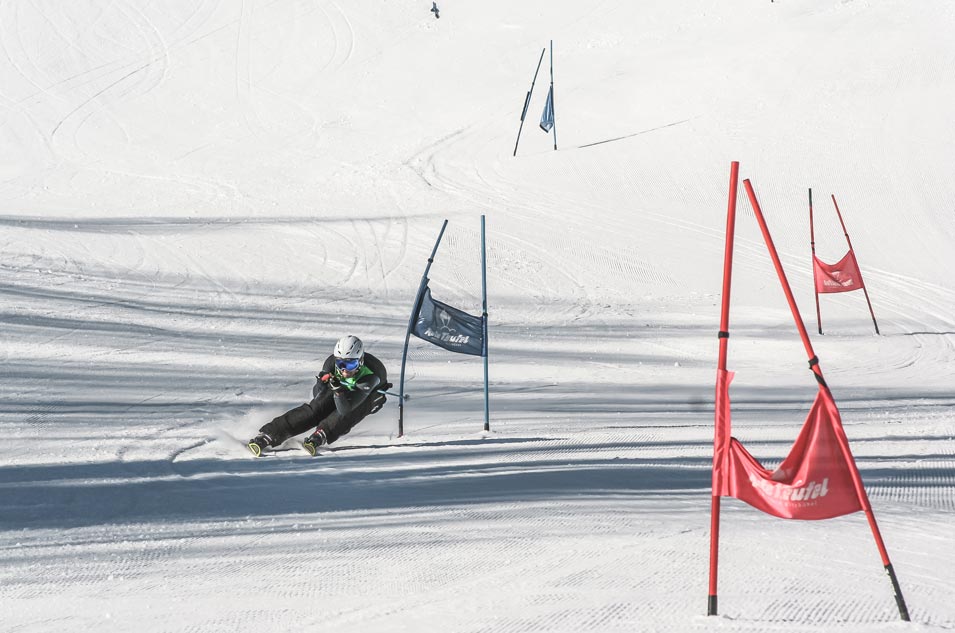 STEP 5: WORKING AROUND THE WORLD

In the ski industry, one season seems to lead to the next as you build relationships and contacts. Since starting out with Nonstop I’ve travelled around the world working with different ski schools. Every resort is slightly different and, because you’re always moving, you never get bored.

If you end up with a career as a ski instructor at the end of it, you’ve got the best job on earth!

Over the last few years I’ve been based in Kitzbuhel in Austria and established a ski academy here. The lifestyle is fantastic, with big mountains, varied skiing and a great off-snow scene. Skiing is Austria’s national sport and it is evident.

Being involved in race coaching, I got to work on the legendary World Cup event hosted on the notorious Hahnenkamm downhill racecourse. Every year 80,000 people descend on Kitzbuhel to watch the world’s top racers fight it out for glory. Being so close to the best skiers on the planet, and seeing just how fast they go, was incredible. I even got to ski the course in between racers.

Nonstop was the start of a new life for me, and I’d recommend the ski instructor program to anyone. Even if it’s the only season you ever do you’ll gain valuable experiences, which will help you in everyday life. And if you end up with a career as a ski instructor at the end of it, you’ve got the best job on earth!