If you’ve ever fancied taking on some of Canada’s most formidable resorts, we’ve got you covered. Here's Ross' story of his journey along the Powder Highway. (7 min read) 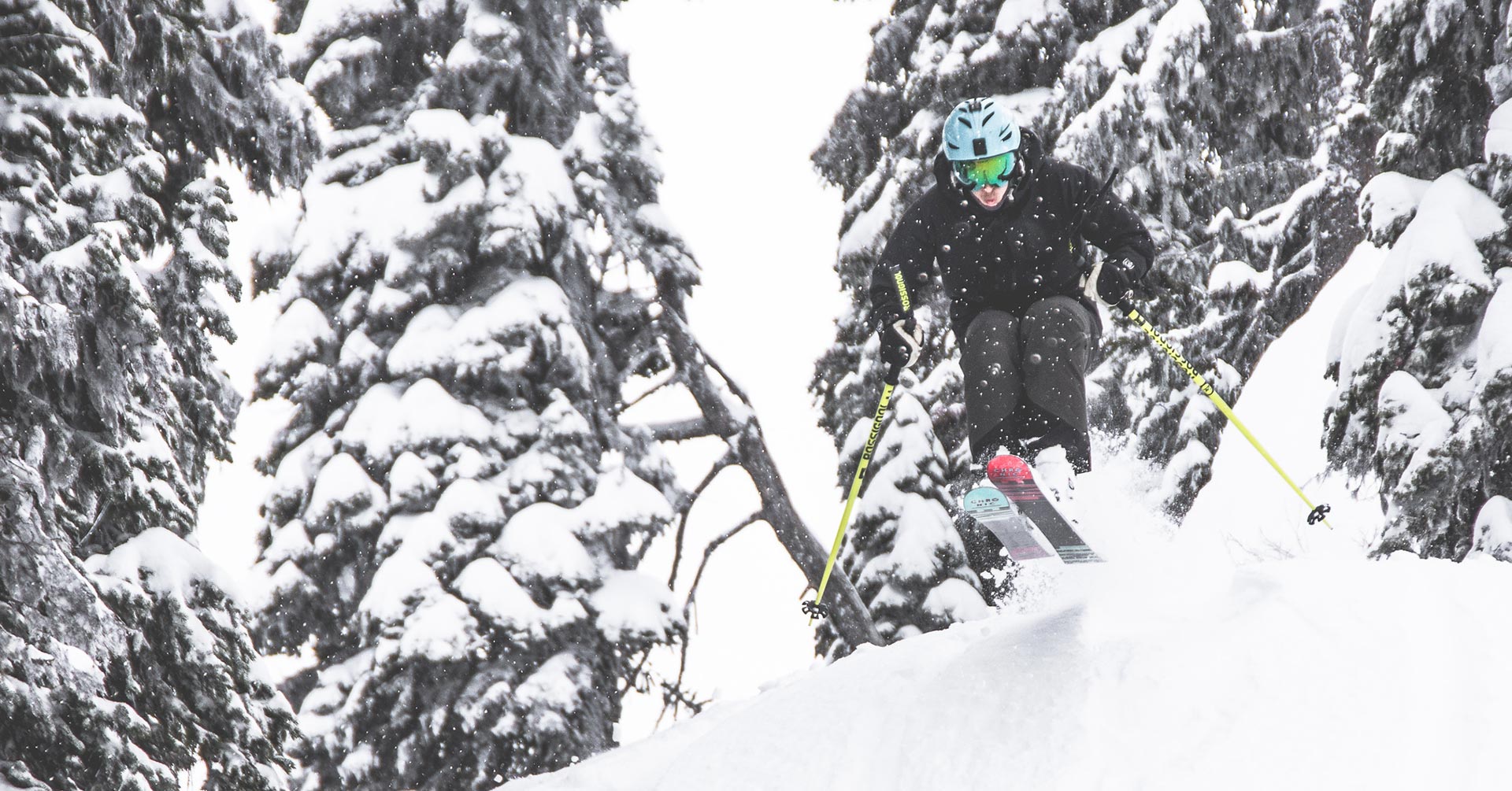 It’s February and I’m sitting here in Fernie, BC having gone full circle and skied around the Powder Highway over the past couple of weeks with Nonstop. Lucky for me, I’m hanging around for a little longer. It was awesome and, as tempted as I am to leave it at that and go to the pub, I should probably elaborate a little bit.

Back in January I quit my job, put my flat up for rent and decided I was going to spend some time in Canada. I’d heard about the Powder Highway and had this idea of ticking off a few resorts in one fell swoop. I had a look at bus routes, hostels, lift ticket prices and piste maps and soon realised that, as a lone traveller, it was going to be a massive pain in the arse.

Nonstop’s snow safari ticked all my boxes. This 2-week road trip took in several resorts and was perfect for what I wanted. Nonstop would provide a van and a host to drive it. I’d have accommodation arranged at each resort, breakfasts, lift tickets handed to me, and a ready-made group of friends – perfect for lone travellers as you couldn’t fail to meet people. Most importantly, we’d have a coach waiting for us at each mountain to not only tidy up our technique, but also show us the very best that each resort has to offer; something that could take weeks, and a lot of money on day passes, to discover by yourself. In short, all we had to worry about was how much beer was left in the van.

We were going to start in Fernie then move on to Red Mountain, Revelstoke and finally, Kicking Horse.

We began our trip in Calgary, greeted by our French-Canadian host, JF, who doubles up as snowboard coach for the snowboarders on the trip. Everyone was a little dreary-eyed but clearly stoked. We swiftly boarded onto our van for a three-hour drive south-west toward hardcore ski town Fernie.

We knew it had been snowing in Fernie but arrived after dark, so the next day was all the more special when we woke up to fresh powder. It had been snowing almost solidly for a week and the bowls – of which there are five – were full of fluffy, white powder; so much in fact that most of them had been closed due to avalanche risk. This might seem like a bad thing but, with temperatures as low as -25 degrees Centigrade, the powder had remained light and untouched for the whole week.

On our second day in Fernie, with avalanche bombing complete, Currie Bowl opened – and it was full of untracked pow. First lift up, you can guess what happened next. "Let 'er rip" shouts our instructor. We bomb down the mountain and the snow is as deep as we hoped. All over the mountain are squeals of delight as people find their own fresh line.

Not everyone is an off-piste expert, but we get plenty of powder tips along the way to get the most from each run. The local knowledge of our instructor also means we’re taken to fresh stashes long into the afternoon. Failed backflips, steep lines and drops, powder made anything possible, and fueled our apres at the Griz bar - where we'd finish most days before be driven back to town by JF, who'd have already sorted our restaurant reservations for the evening. I genuinely believe he would have brushed my teeth for me if I had asked nicely.

After the perfect conditions that we had experienced in Fernie, Red Mountain had a lot to live up to. A warm front had just come through and in the space of two days temperatures swung from -27 degrees Celsius to +4. We arrived to what was clearly an epic mountain, but with the previously light snow turning heavy.

That’s where having your own guide comes in. Our instructor, Jonathon, did his utmost to find us the best snow. And he did. At times it was like being in the backcountry with runs so quiet we'd wonder if the area was closed.

The resort is made up of three mountains; Red, Granite and Grey, and its a black and double back heaven. You can ski 360 degrees off each peak and, as I’ve found is a theme with Canadian resorts, means that there is a hell of a lot more ski-able terrain than the number of lifts suggests.

Red was our opportunity to go cat skiing, and most of the guys had booked to go with Big Red Cats. This is a bit of an unfamiliar concept to those of us who have only ever skied in Europe but basically involves being taken around the backcountry in a piste-basher and dropped off to ski fresh lines through the powder.

I had given cat skiing a miss, mainly because I didn’t want to be on a bread and water diet for the rest of the season. At 7am however, I was shaken awake by JF to say that Alex, one of the guys set to go, couldn’t make it. Our names went into the hat and mine came out! After a very quick rise, I was on a van on the way to the arse-end of nowhere where the cat was waiting for us.

After a bit of training in the use of avalanche transceivers, the cat heads uphill. Our guide points out the line we'll be skiing through the trees - which is holding some fresh snow. We drop into the run in pairs - an important safety measure when in the backcountry - and weave our way through the trees finding patches of fresh snow for our turns. The snow was heavy but the experience of skiing fresh tree lines, miles away from the nearest ski lift, is not one that I’ll forget in a hurry. 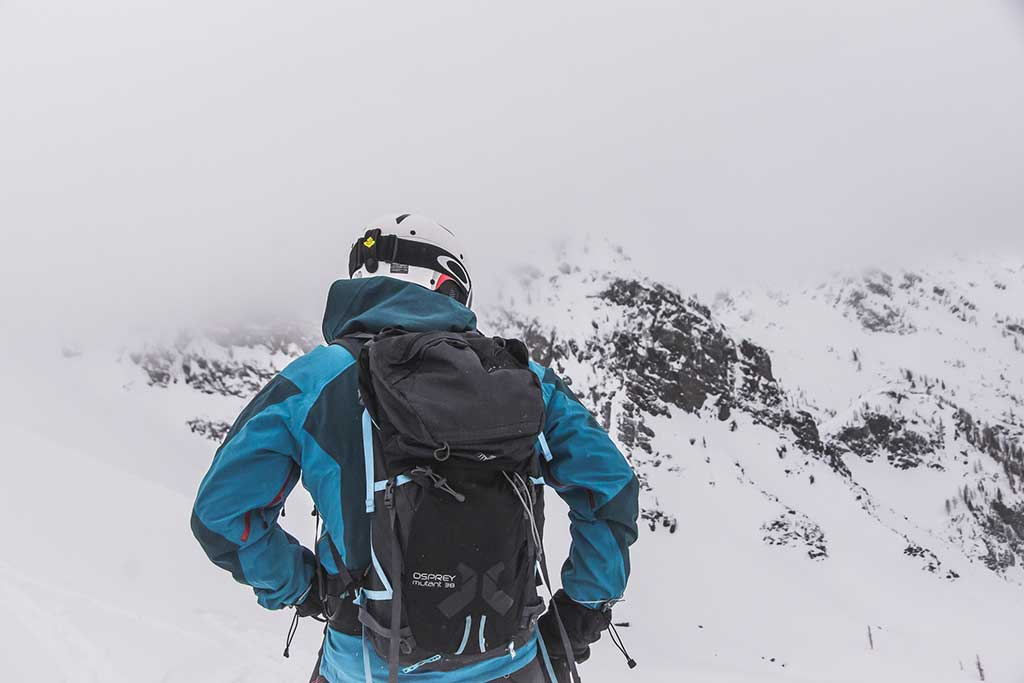 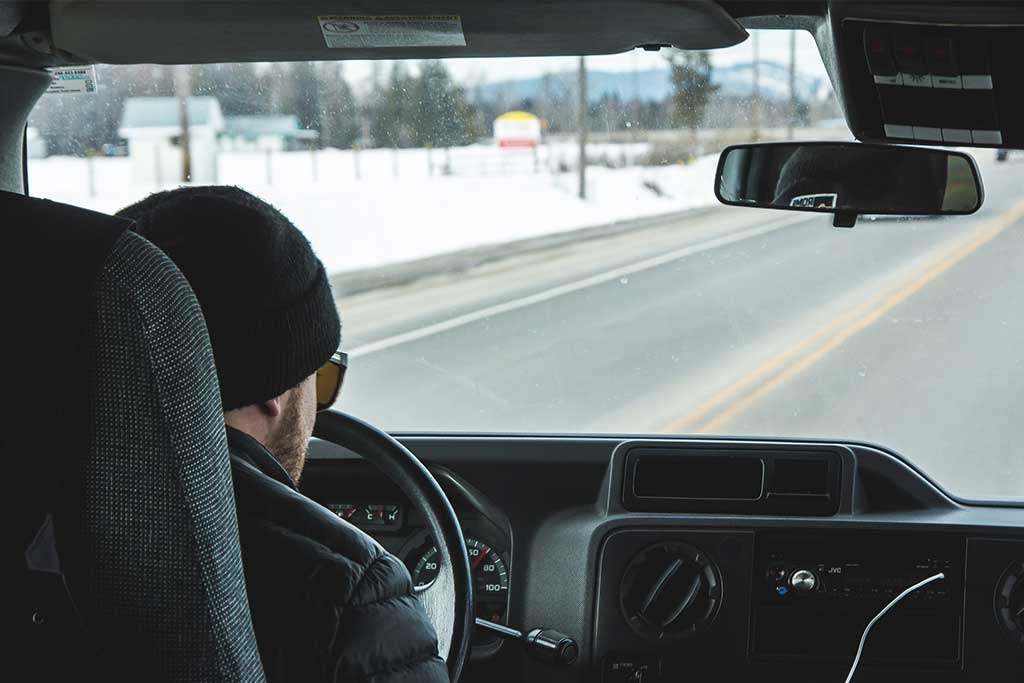 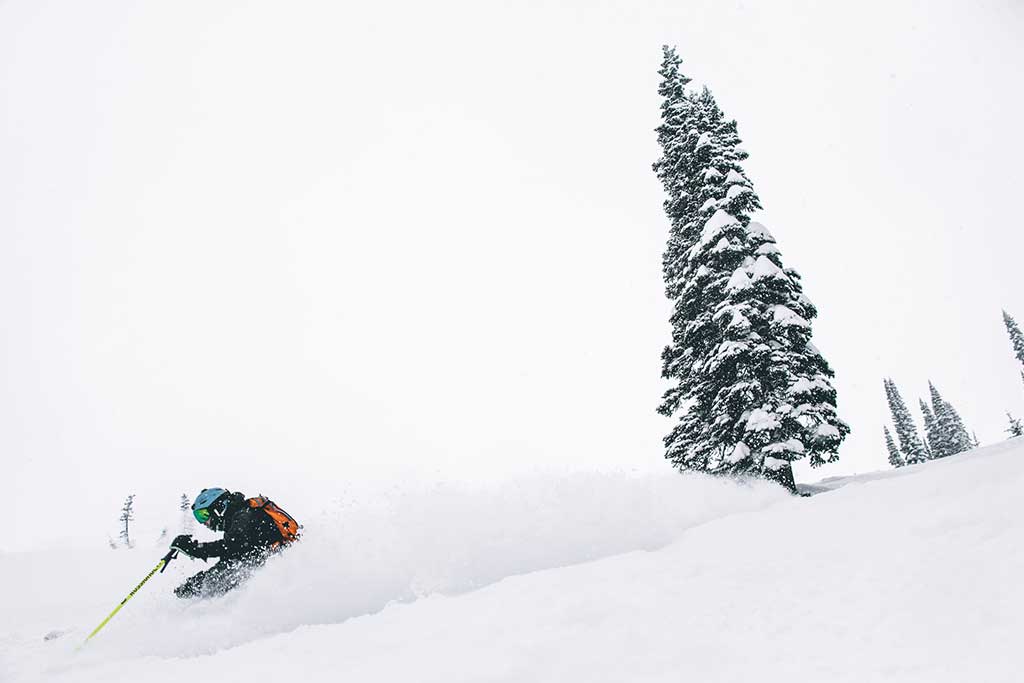 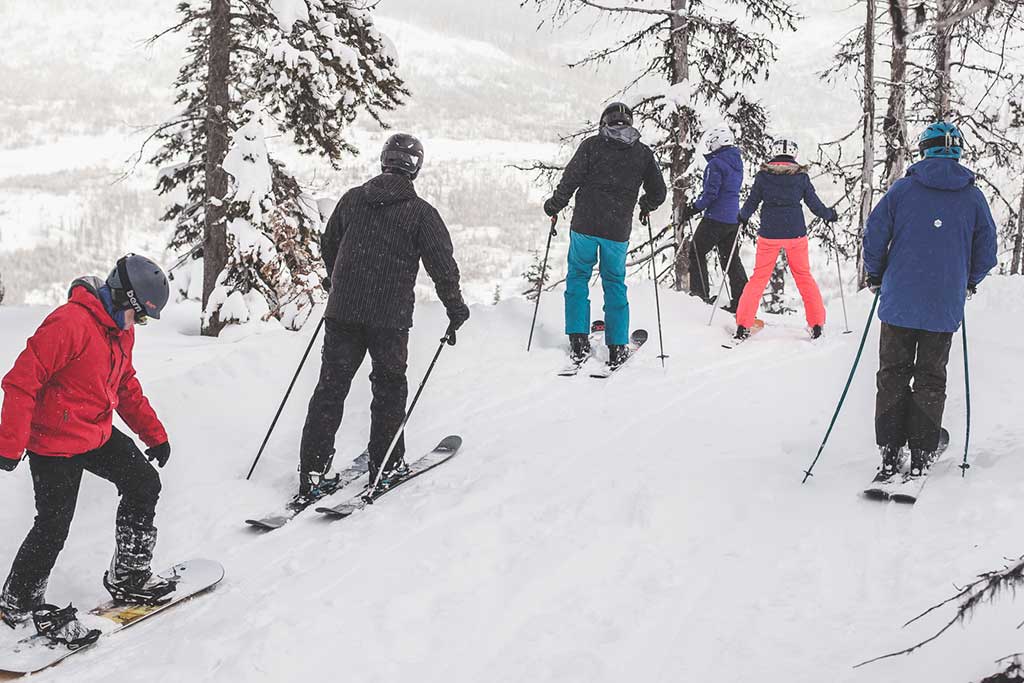 After the warm spell in Red Mountain, we had high hopes that Revelstoke, at about 250 km further north and with a summit 200 metres higher, would be a bit colder. This proved to be true and, over our three days here, we discovered just how much terrain can be accessed from a resort with fewer lifts than your average hotel.

There are in fact only three main lifts at Revelstoke; a gondola and two chairs. This, by European standards, seems absurd but this is Canada and everything is not as it seems. Whereas in Europe, one lift might feed three or four runs, Revelstoke’s lifts serve four alpine bowls and 75 runs. Even that’s not the whole story as there is almost limitless off-piste terrain meaning that you could ski the mountain for a long time without ever doing the same descent twice.

On our second day we head to a bowl accessed via a 20-minute boot pack from the top of Stoke Chair. Technically inside the resort boundary, we may as well have been in the backcountry. After a short stop at the top on take a few photos and enjoy the view, we drop in to a bowl of virgin powder. All the technique tips up to this point had given me the confidence to really take on this sort of terrain without thinking. A string of turns later, everyone had a beaming grin across their face. We'd earned our lunch and hot tub.

Our final stop was Kicking Horse. The ski area is made up of four bowls: Fuez Bowl, Bowl Over, Crystal Bowl and Super Bowl, all joining about halfway down and ending in a gentle gradient to the lifts at the bottom. At the top it’s…well…less gentle.

Much like Red Mountain, Kicking Horse had several runs that would never have made it onto a piste map in Europe. You can however, get a fairly good idea of which runs might be a bit tough from their names. I wouldn’t recommend heading straight to “Terminator”, “Think Twice” or “Unnecessary Roughness” unless you’ve got some spare undies. It might look like someone’s got a bit excited with the black diamond logo when making the trail list but, no, there really are that many black runs.

The rest of Canada had been getting rain, but in Kicking Horse we had a light but steady fall of snow. We hike up ‘Stairway to Heaven’ – a slightly intimidating series of metal steps that take you to the top of Fuez Bowl. We gawp at the views for a while before easing off a cornice and into a wide-open steep face. You can ski fall-line down a huge vertical. Leg-burner, you bet.

This had been a truly awesome trip, and with a great bunch of people too. We said our goodbyes at Calgary but I was headed back to Fernie, where I am now. I loved all the resorts but for me, Fernie combines a big, varied ski area with a super friendly, fun town, and since being back here I've met more new friends and notched up a few more powder days.

# Destination Guides A guide to Banff's ski areas in stats
? ask us