Take heed of these valuables mountain lessons from someone who put it all on the line to follow a dream. (5 min read). 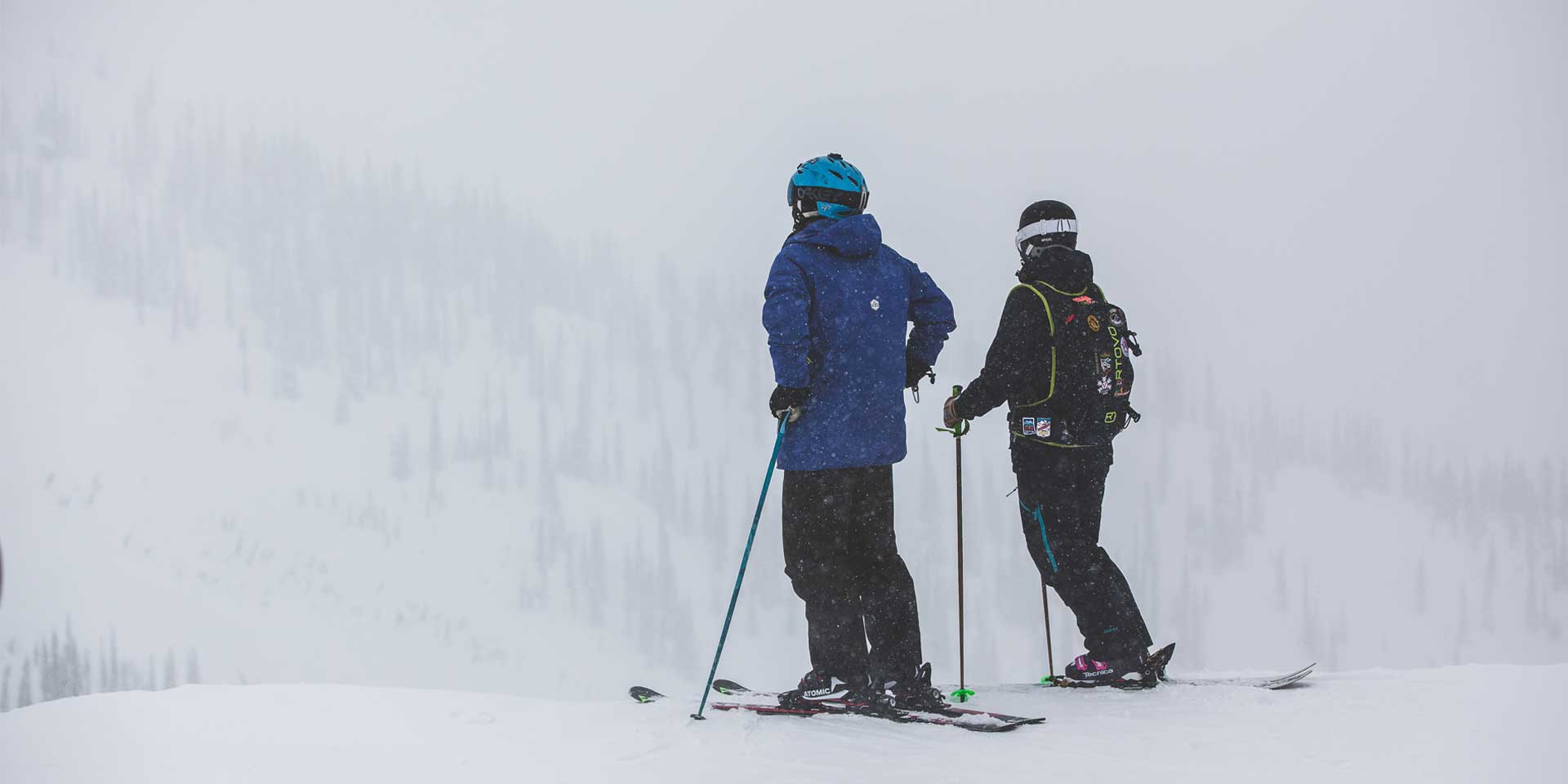 Will left his job in the City, joined our 11 week instructor course, and fell in love with the Canadian Rockies.

Trading his commute on the Tube for a commute on skis, he works in the mountains and skis as much powder as possible. Here, he shares five things he’s learnt through becoming an instructor.

After quitting my job in the city, I joined Nonstop’s 11 week ski instructor course in Fernie. I finished that season skiing far better than I ever had done in my life, and with a CSIA level 2 qualification under my belt, I walked straight into a job at the neighbouring ski hill of Kimberley. Here are five fundamental things that my complete change of life has taught me.

1. No two lessons are the same

Arriving in Kimberley after Nonstop, the ski school let me shadow a lesson before I took my first group. I quickly learned, however, that no two ski lessons are ever the same. The lesson I shadowed was a private adult lesson, which was worlds apart from the first lesson I took myself.

I’ve spent plenty of time on the nursery slopes with beginners, but I’ve also ripped all over the mountain with intermediate and advanced skiers.

I had a two-hour group of four kids, aged 5-7. They had skied before but hadn’t necessarily learned to stop or turn. In at the deep end, I felt nervous at first but, before I knew it I had taught my first class and still had all four kids at the end of it. Better still, they could all stop and turn, more or less.

The lessons I’ve taught have varied greatly. Group numbers vary from one-on-ones to ten students per instructor, although that's very rare. I’ve spent plenty of time on the nursery slopes with beginners, but I’ve also ripped all over the mountain with intermediate and advanced skiers. Any frustrating mornings are often balanced by awesome afternoons.

Being an instructor can be a juggling act. But as you gain teaching experience, you learn how to cope with each new situation calmly, and the buzz you get developing a person's love for the mountains is truly infectious. 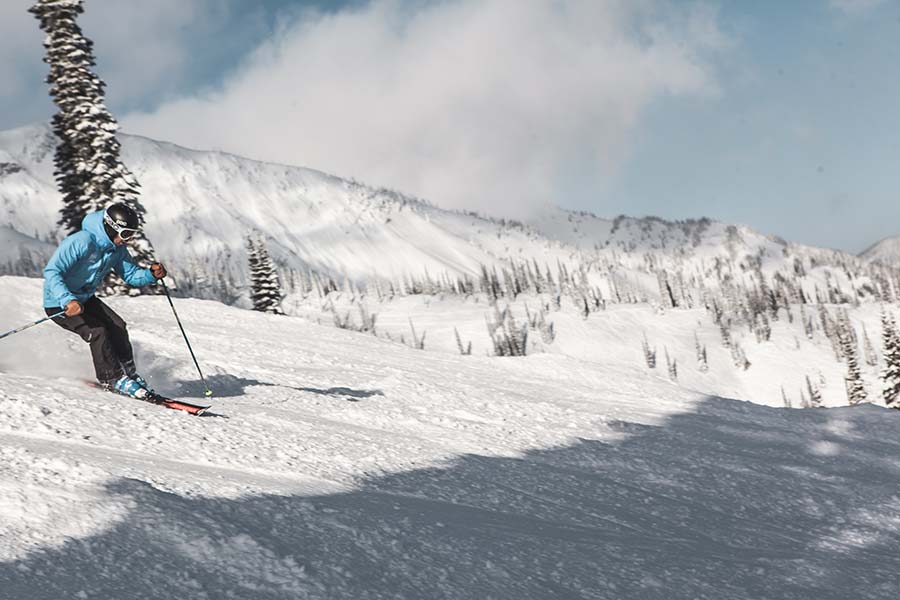 2. Don’t expect to get rich quick

Working as a level 2 qualified ski instructor in Canada is not going to make you rich. I earn an hourly wage of $15, which is possibly the lowest wage I’ve earned since I left high school. Small amounts of commission can be earned but decent tips are surprisingly rare in my experience. The occasional generous tip, however, can make a big difference.

Wages do increase with progression and, if you progress through your qualifications or become a snow school director, it’s possible to make good money as a ski instructor. Just don’t expect it to happen in your first season.

3. The perks are great

My commute used to be a 40-minute tube ride each way to central London. It’s now a 10-second ski from the door of my house to the base area of the ski hill.

Being a ski instructor has its perks, from the mountains becoming your daily backdrop to getting paid to charge through powder. A season pass for multiple ski resorts, as well as reciprocal arrangements for free staff passes at many others, mean that days off are spent chasing the powder wherever it falls.

Training sessions with level 4 instructors are provided by my ski school four days a week, where we take the first lift 30 minutes before the general public, and get the chance to work on our own skiing on perfectly groomed runs or fresh powder. Discounts around the hill and town are generous for staff – for everything from food to ski gear.

Despite the meagre wages, accommodation here is cheap and the apartment I share with a fellow instructor is probably the nicest place I have ever rented. Not to mention ski in/out and awesome views over the Rockies.

My commute used to be a 40-minute tube ride each way to central London. It’s now a 10-second ski from the door of my house to the base area of the ski hill. 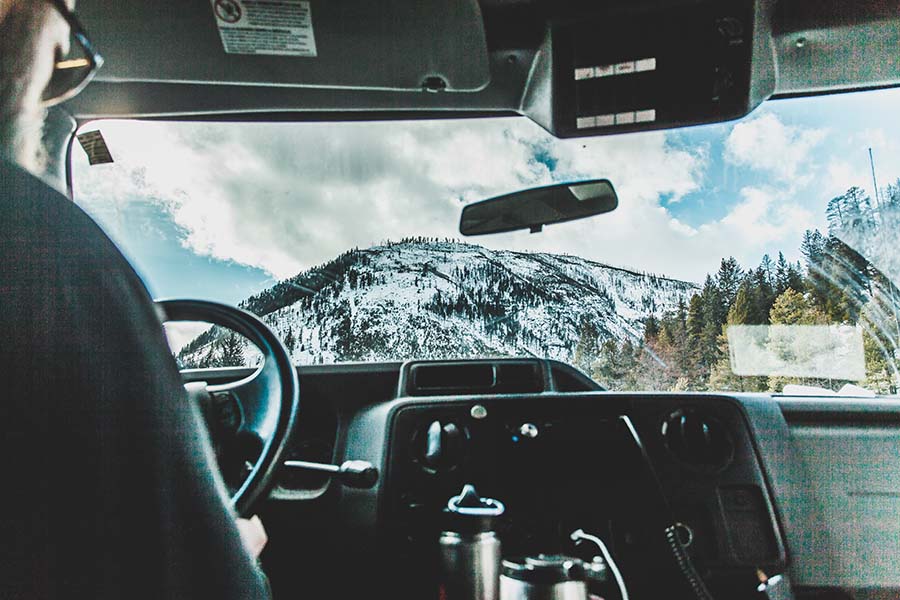 Kimberley Alpine Resort, with its wide range of skiing terrain, small town charm, spectacular views, and their world class climbing gym, was an obvious choice for me.

The ski hill at Kimberley is serviced by three chairlifts. This may be a surprisingly low number of lifts to those used to skiing in European resorts, but these lifts give access to a huge range of terrain. The front side of the mountain is covered with some of the best groomers in the world, with wide, rolling runs that are perfect for carving turns at high speed.

The back side of the mountain is where you’ll find the steeper terrain, gladed tree runs, awesome mogul fields and gullies. For the more adventurous, Purple Forest has some of the most fun terrain I have skied, with pockets of hidden powder even several days after the last snowfall. This is an out of bounds area though, so you need all the essential backcountry gear.

Kimberley is part of the RCR (Resorts of the Canadian Rockies) group, so this means that, as a full-time instructor, I can ski at several different ski areas using my staff lift pass – that includes day trips to Fernie for their famous dumps of snow.

My hardest decision now is choosing between heading down under in search of more snow, or staying in the Rockies for a mountain summer.

Working seasons and chasing winter commits you somewhat to a life on the road, but for me exploring new places and meeting new people is what life is all about. If I can do that while constantly improving my own skiing, it’s going to be a hard lifestyle to break.

These days, my life is full of adventure with great people – we may all be a little bit broke, but we’re happy.

Not once have I looked back and said to myself “I wish I had kept that job in the city”. These days, my life is full of adventure with great people – we may all be a little bit broke, but we’re happy.

If you’re thinking about temporarily packing up your life and heading to the mountains for a winter with Nonstop, I would say stop thinking about it and go for it.

Need a break from the city? Take a look at the 11 week ski instructor course that changed Will’s life.